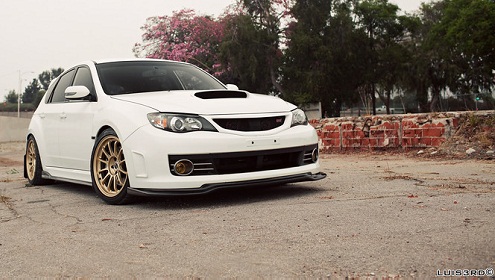 A short little “where are they now” feature. Feb 2009 I did an article on a simple yet awesomeÂ White GR STi, it turned out to be one ofÂ the most popular articles. It all started in the mindÂ of a crazy guy from California who wanted to buildÂ a “family car”. Many should remember his first feature, if you don’t be sure to check it outÂ (CLICK HERE). 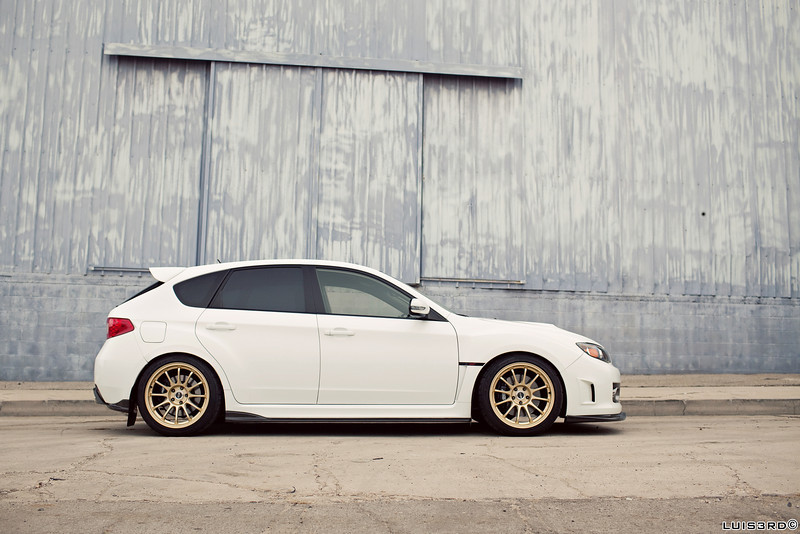 Luis took his car out again for some fresh photos, I have no clue where he finds these places but they always seem to compliment the car. Take a look at Luis’s “Family Canyon Carver”. Luis was one of the first to really prove the 08 STi could run a 9.5″ with minimal work, he could’ve gone with a low offset 9″ wheel but he decided to go with the higher offset 9.5″ to get the stance and performance he was looking for. You’ll be hard pressed to find someone that doesn’t like this car. It can be seen in a bunch of print media in most of the import magazines. Only LuisÂ knows what’s in store for the future of his iconic 2008 Subaru Impreza WRX STi. The Type-F is a great looking wheel that fits the GR STi perfectly. 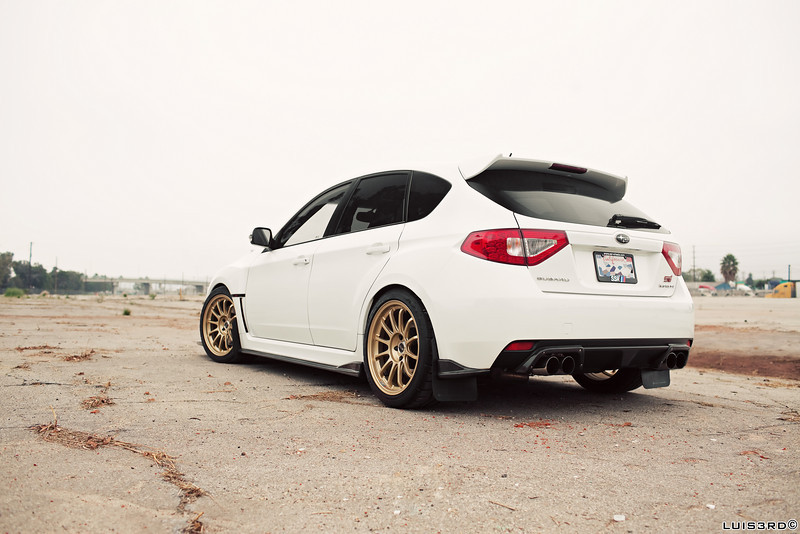 The second I saw the new updated photos I knew I had to put them up, this car shines proper fitment while still being aggressive. The SSR Type-Fs in 18×9.5 +40mm fit perfectly in both size and style on Luis’s 2008 Subaru Impreza WRX STi.

Here’s a link to the Gallery so you can check out the high res versions of his photos.

One thought on “One Step Further Take Two. SSR Type-F”